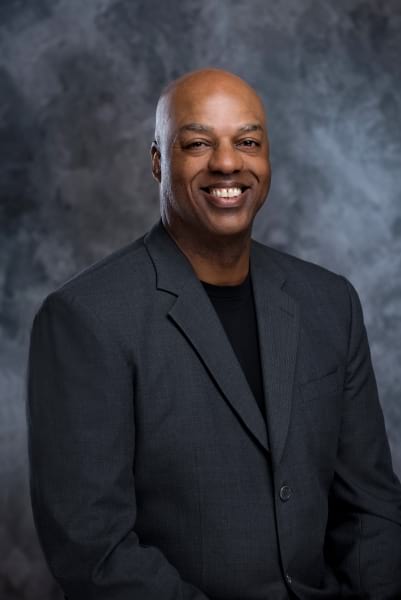 Robert Nellams has directed Seattle Center since his mayoral appointment in 2006. He served as Deputy Director from 1998, and Director of Patron Services, 1996-1997. Robert started his City career as an accountant in the Department of Administrative Services.

Robert considers Seattle Center to be the heart and soul of our community. With a firm grasp of both the business and bureaucracy of the City department he heads, he focuses on building the capacity of Seattle Center to delight and inspire the human spirit in ways that strengthen communities. During his tenure as Director, Robert has negotiated homes at Seattle Center for many organizations that contribute significantly to the livability and economy of the region through the performing arts, family activities, free public programming and professional and collegiate sports. He has worked closely on behalf of the City on a Memorandum of Understanding and transaction documents with Oak View Group to renovate and operate KeyArena - and to welcome the WNBA Seattle Storm to KeyArena, Chihuly Garden and Glass and Artists at Play playground to the former Fun Forest areas and Seattle International Film Festival, KEXP, Cornish College of the Arts and PrideFest onto the grounds. He also led efforts to bring the annual Seattle/King County Clinic to KeyArena. In its four years, 2014- 2017, the four-day dental, vision and medical clinic has cared for 16,233 patients and provided $14 million in services.

Robert Nellams has proudly served as director of Seattle Center for the past 12 years. "I'm old enough that I went to the World Fair when I was 5 years old," he says jokingly. "To be a steward of this place and these grounds is something I was trained to do my entire life."

Robert has worked for Seattle Center since 1996. After receiving his degree in Accounting from Central Washington University, he worked as the Finance and Budget Director for the City until former Director of Seattle Center Virginia Anderson recruited him to work for Seattle Center. "I didn't think about coming to Seattle Center until I read all about the things they do," said Robert. "They have this thing called Employee Rights and Responsibilities that staff and employees developed that says 'these are the things that are important to us and we want to work in an environment that is respectful and inclusive' and things like that. The values that it laid out aligned really closely with my values, and I thought, well, this is a place I can thrive in. So when I got the opportunity to work here, I jumped at it, and luckily for me, I was hired and the rest is kind of history."

I see this place as being the most democratic space in the city and the state, and maybe in this country. It's a place where community is defined and redefined on a daily basis, and it's a place that really works hard to be inclusive and accessible.

"These are the things that drive my passion for being at the Center," says Robert as he explains Seattle Center's values. "One of the things that I tie to Northwest Folklife is that we're both inspired by building community. You can do it through a number of things: through music, dance, culture... but it's that inclusiveness and connective tissue that allows community to be redefined, and that's exciting for me."

As the Director, one of Robert's favorite aspects of this role is the opportunity to celebrate people and cultures that thrive within our greater community.

"We have an incredible staff who are dedicated and want to make this place the best it possibly can," he says. "My job is to help them to create an environment that will help them to succeed at that and to remove as many barriers blocking or impeding that as possible."

For the past 56 years, Seattle Center has served as a space for community gathering and celebrating. It not only serves as a place for community-hosted programs and some of Seattle's top tourist attractions but it also provides programs that engage our community year-round. One of their largest programs is Seattle Center Festál, a curation of weekend festivals that offer visitors a glimpse into the dynamic cultures of our region through live music, dance, hands-on exploration, exhibits, foods, and children’s activities. Some of the annual festivals include Festival Sundiata presents Black Arts Fest, Live Aloha Hawaiian Cultural Festival, Dia de Muertos: A Mexican Celebration to Remember Our Departed, and of course, the Northwest Folklife Festival.

"What I love about Festál is that everyone talks about differences and what it shows you, but what I've learned over time is that what we're really celebrating are the similarities," he says. "Every culture's celebration is going to be about family, art, music, food, education, intergenerational. Those are the foundational pieces for everything. What we get with Festál is a case-by-case study of what the Northwest Folklife Festival is on the weekend."

Robert has been supporting the Northwest Folklife Festival for the past 22 years and has seen its progression from year to year. "When I got here, one of the things that became readily apparent to me was we had a number of major festivals, but back then, what was very clear was that the staff loved Folklife more than anything. I think that a lot of that has to do with the fact that virtually everyone who is performing or involved are volunteers and that makes a huge difference in the way it is perceived by our staff—they have a dedication, investment, and ownership. They also saw Folklife as being intergenerational. You have young and old mixing, and there was a lot of support and really, affection, for the Festival, and when I got here, I understood."

Every year, when he attends the Festival, his favorite aspect of this weekend celebration is the people. He shares that he loves seeing our community taking ownership and pride in this gathering. "Working with people who volunteer their time, their talents, treasures, all of the things that make Folklife possible—those are the folks I want to be associated with," he says.

"With Folklife, there's this notion that it's all about folk music (the genre), but Northwest Folklife has celebrated so many things. One year it's Native American Culture, one year it's hip-hop and rap and how that genre can be impactful." 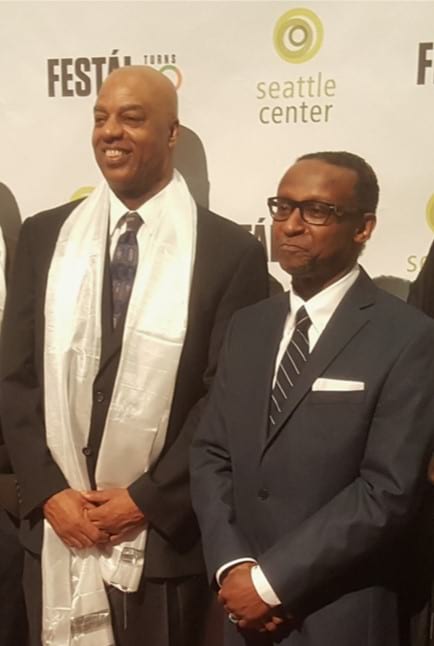 "So when you have that canvas that is completely open to being able to bring everything and everyone in, that is a very powerful thing."

As a supporter for over 20 years, he has seen this organization go through many changes, from seeing the different yearly Cultural Focus to last year's big fundraising campaign. "Anytime you have a volunteer festival who has its sustainability in donations, you're in a pickle. You're in a spot where you can be taken for granted, and people may love it and love what it's about, but they don't know that without their donations and support, that there won't be a guarantee that there will be another Folklife," he shares. "As we go forward, I think there are a lot more pieces in place that will allow Folklife to sustain for generations to come."

"When I say culture, it's not really as much about culture as it is about community because our community as a nation, county, city—its expanded by the inclusion and journey of these individuals and their enthusiasm and the enthusiasm of their families and friends about that journey; and becoming citizens is far greater than any fireworks show you ever want to see."

"Again, when you talk about a democratic space, and when you talk about honoring and welcoming, these are pretty words. You can write pretty words on paper, but it's your actions that matter. The action is that we are welcoming different cultures and communities that make up Seattle and saying that you have a place at the table and we're gonna give you a platform—Seattle Center—and we're gonna celebrate with you. Not watch you—celebrate with you, on your culture because its gonna teach us some things."

Not only does Robert hold a passion for celebrating culture through his work, but also in his everyday life. When he's not in meetings or planning the future developments of Seattle Center, you can see him attending various community events, connecting with our community through celebration and exchange. Some of his favorite ways to continually live out his 'folklife' are attending local concerts, art galleries, and community gatherings. Robert says one of the most meaningful ways in which he lives out his passions is by into our greater communities and celebrating with them. "I like to celebrate the things I know I love, and I [also] like to discover things that I've never seen before. You never know what those things are. I'll just go into different communities and see how they're doing things. It's a beautiful part of being a citizen of Seattle."

As he continues in the role of the Director of Seattle Center, Robert shares his hope that in the next 20 years, Seattle Center continues to be the most democratic place that is inclusive and celebrates our community.

"My hope is that Seattle Center and Northwest Folklife are around for our kids' kids' kids."

Robert speaks about Seattle Center and his love for programs like the Northwest Folklife Festival with such sincerity and affection that there is no doubt that his work is fueled by his passion and love for this community. Robert, thank you for continuing to serve our community and making places like Seattle Center a democratic, safe space for all! 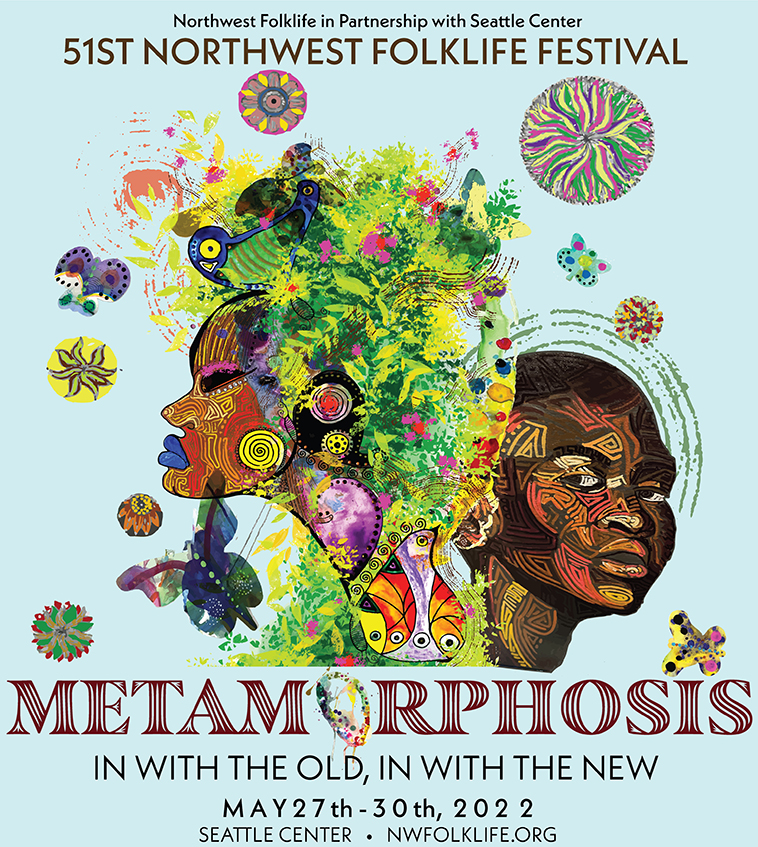