Within the 5 is an illustration of a woman dancing with a woven basket full of colorful flowers atop her head. This illustration is inspired by a photo of Grupo Cultural Oaxaqueño performing at the Mural Amphitheater at the 2018 Northwest Folklife Festival. This photo was taken by Christopher Nelson. 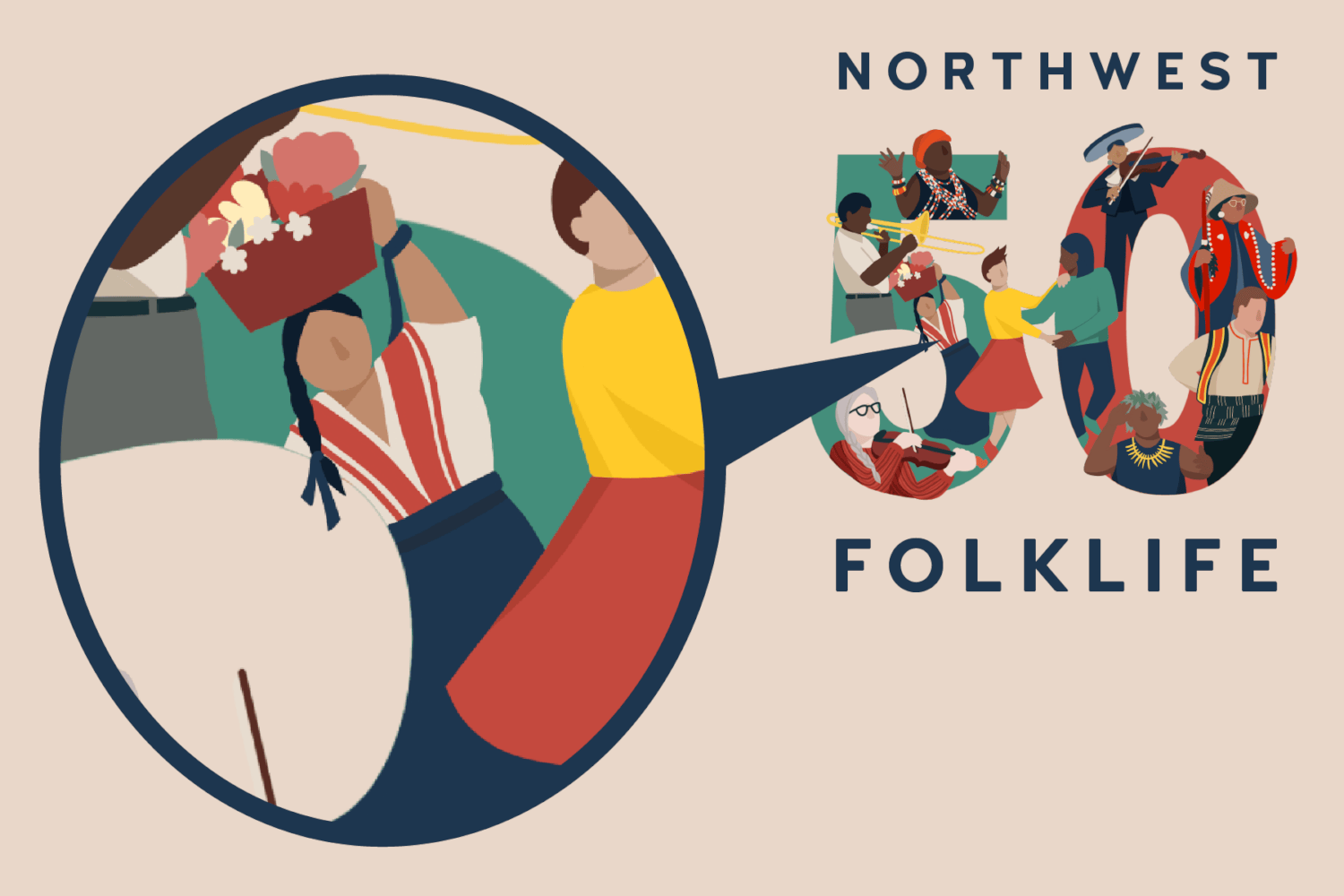 Grupo Cultural Oaxaqueño (Oaxacan Cultural Group), founded in Seattle nearly twenty years ago, is dedicated to promoting the rich cultural traditions of Oaxaca, Mexico. They believe in the importance of passing on these traditions of music, dance, language, and values especially to young people of Oaxacan descent while also sharing them with the broader community.

The founder of Grupo Cultural Oaxaqueño is Fulgencio Lazo, a trained as a printmaker who works predominantly with acrylics on canvas in his studios in Seattle and Oaxaca, Mexico. Fulgencio also served on the Cultural Focus Committee in 2018 for the theme Echoes Of Aztlán And Beyond. This committee comprised of local artists, leaders, and culture bearers from the Latinx and Chicano/a communities helped to curate Northwest Folklife's year-round programming.

You can learn more about Grupo Cultural Oaxaqueño below: