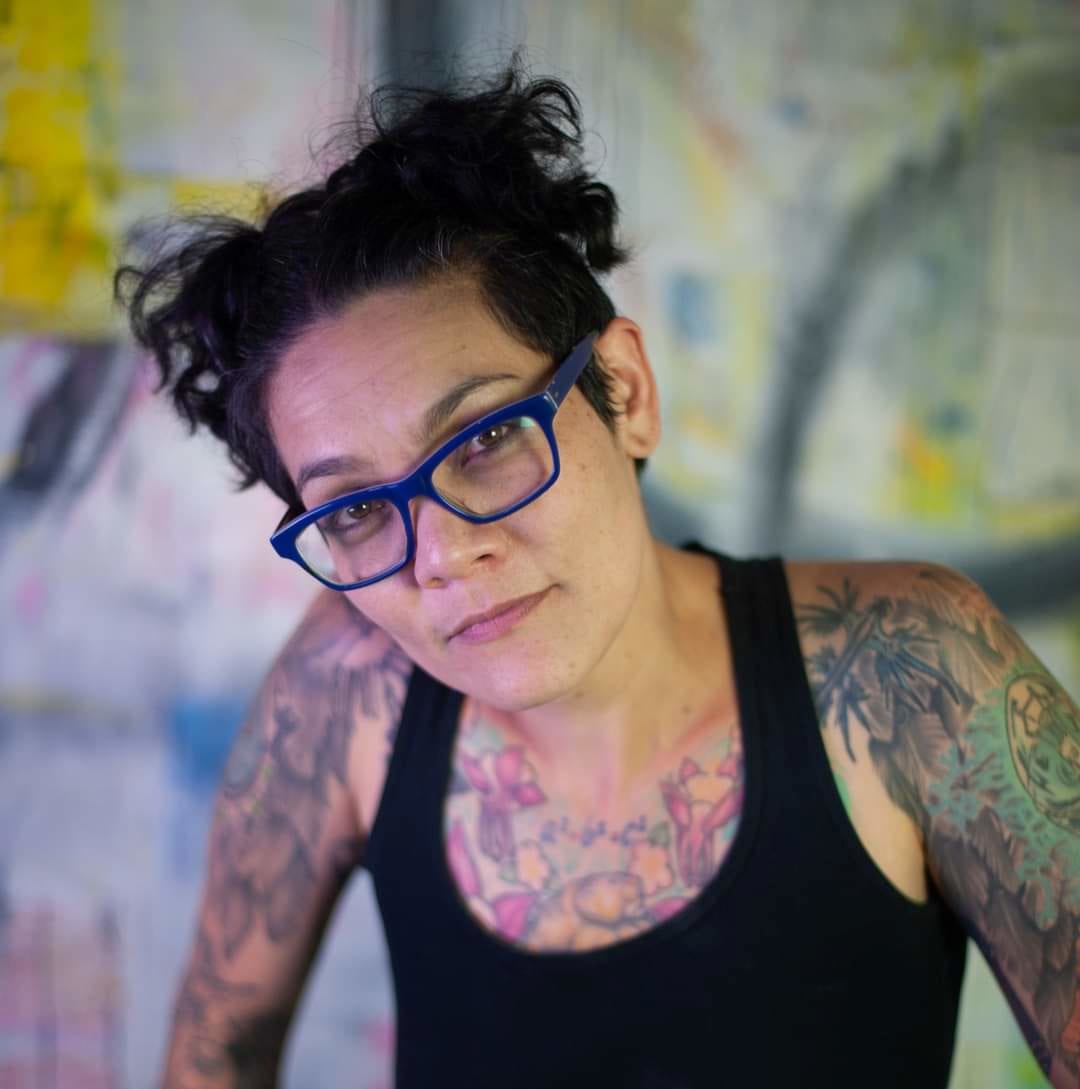 Founded by Carolyn Hitt in 2015, Blue Cone Studios is a creative community production space located in the Capitol Hill neighborhood of Seattle, WA. In the Before Times, (Pre-Covid, Pre-George Floyd Uprising) our open recording sessions, weekly art nights, ongoing mentorships and other events were our staple point of connectivity with the community. In the Now Times of 2020 and beyond, we find ourselves shifting and honing energies towards mutual aid and resource support for artists in our network struggling with housing insecurity. Visit foreversafespaces.org to find out more about our efforts.

Blue Cone is a coalition of independent artists dedicated to seeking out, collaborating with, supporting and promoting local Black, Indigenous, Non-Black POC, LGBTQ+, and neurodivergent artists and orgs. Our ongoing mission since 2015 has been the upliftment of Seattle’s creative community through direct investment in and engagement with emerging artists from typically marginalized communities. Our primary objective is to provide affordable space and creative programming to artists of all backgrounds and education giving those with experience the opportunity to inspire and mentor those who are discovering and honing their talents. We envision a strong local arts ecosystem that lifts from the bottom to amplify and empower creative communities in Seattle. By telling their stories, providing space for them to tell their own stories, and creating platforms for their craft to be seen, we hope to give the most underserved in our communities a safe place to develop and practice their skills. 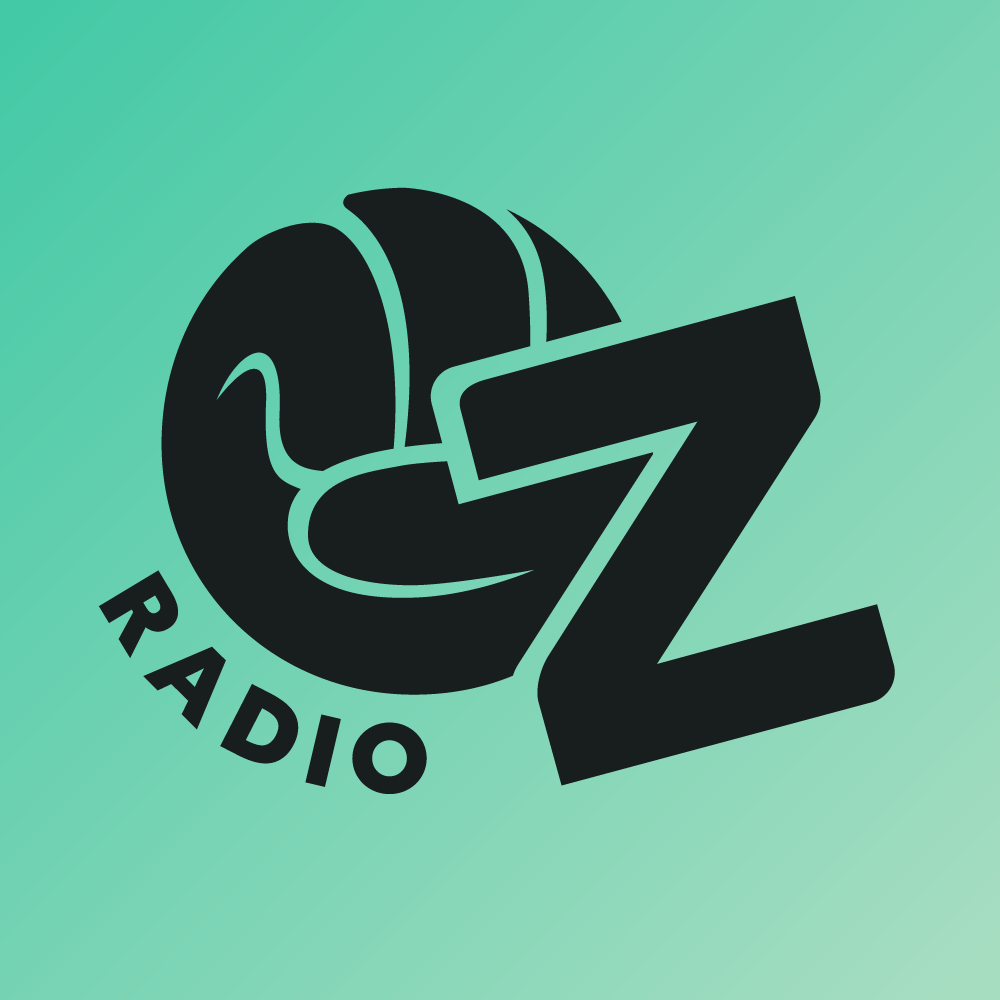 Ground Zero Radio is a youth-led platform, in the form of radio, that cultivates and connects with the community by amplifying the youth voice through music, sports, activism, the arts, and culture. Throughout the pandemic the youth of GZ Radio have been hard at work building community relationships and executing career connected learning programs with partner organizations that empower youth to take ownership of their futures. GZ Radio's efforts are centered to serve youth who have an interest in pursuing careers related to multimedia and the entertainment industry with focuses on radio, broadcasting, podcasting, journalism, audio/video production, marketing, social media, event planning, and civic engagement.

Masao Yamada is the founder of Ground Zero radio and supervises the Ground Zero Internship. Visit their Instagram page HERE. 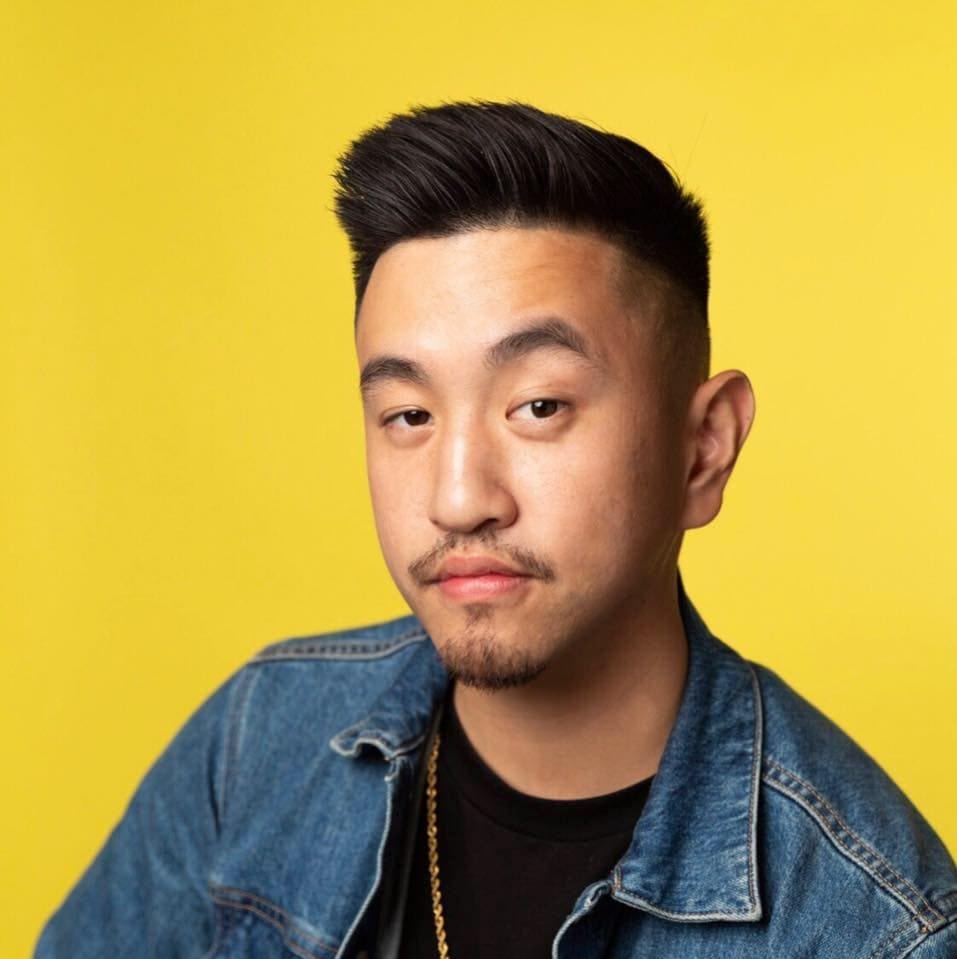 Milli is an award-winning, modern creative and strategy agency based in Seattle.

Founded in 2014, Milli has evolved alongside the rapidly changing social media and digital marketing industries. From beloved local burger chainlets to multi-billion dollar household name consumer brands, we've done it all. Our focus is on innovative brand strategy, scroll-stopping creative, and whip smart social media and integrated marketing programs. But more than that, our work is rooted in our values: as a BIPOC and millennial led agency we believe strongly that diversity, inclusion, equity and social impact are not only essential to the work we believe is worth doing but that they ultimately make all of our work and our clients more successful and sustainable.

Mike Huang is the founder and managing director of Milli and supervises the Milli internship. Visit their website HERE.

The Rhapsody Project (tRp) is a community that explores and celebrates music, heritage, and culture through an anti-racist lens. Our music programs create spaces for cultural exchange, while our students and interns help guide our organization and values. Through a partnership with Seattle's Lady A, our project is building a new curriculum for teaching the legacy of Northwest blues in PNW schools. We are also anchor partners in the project to renovate the 2nd floor of Seattle's King Street Station, establishing it as a hub for creative workforce development in our city's historic Jackson Street jazz district.

Joe Seamons is the facilitator and co-founder, and oversees The Rhapsody internship. For more information, visit the Rhapsody website. 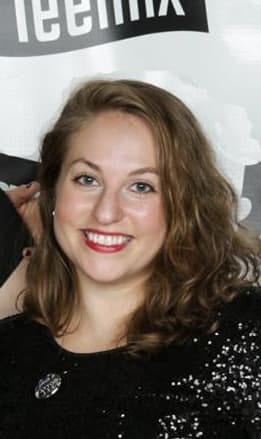 TeenTix exists to break down the barriers that prevent teens from accessing art in our community, such as ticket or admission cost, not knowing where to look for events, navigating transportation around the city, and feeling insecure around arts-going if there's no one in their lives already championing the arts.

Mariko Smithashima is the Teen Programs Director, and Monique Courcy is the Executive Director. They jointly supervise the Digital Marketing Coordinator internship. For more information visit the TeenTix website.

Converge Media is a leading producer of culturally relevant content in Seattle and across the Pacific Northwest. We create videos, editorial and creative writing, podcasts, and local news coverage curated specifically for an urban audience. We believe that the Black community deserves authentic representation, a focus on our community’s issues, and equitable access to elected officials, leadership, and governmental information.

Founded by Seattle Central District natives Omari Salisbury and Erik Kalligraphy, from day one, Converge Media has been a platform to amplify not only our own original content but also the content of independent African-American creators throughout the region, providing them with access to our engaged audience that is interested in their voices and perspectives. Omari supervises the digital storytelling internship at Converge Media. Visit their website HERE. 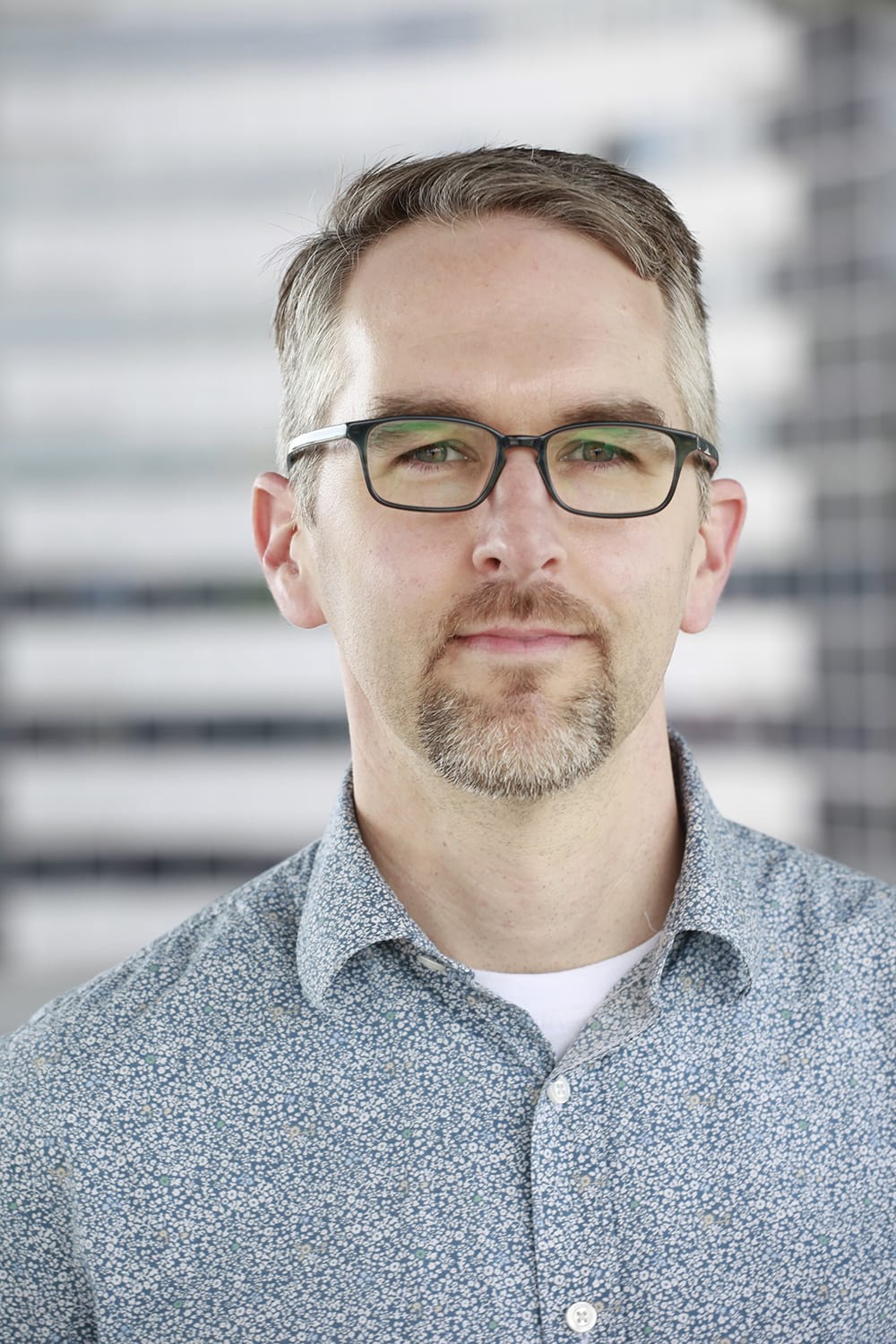 Seattle Department of Neighborhoods provides resources and opportunities for community members to build strong communities and improve their quality of life. Through our programs and services, we meet people where they are and help neighbors develop a stronger sense of place, build closer ties, and engage with their community and city government.

Sam Read is the interim communications manager at the Seattle Department of Neighborhoods and supervises the communications and storytelling internship. Visit their website HERE. 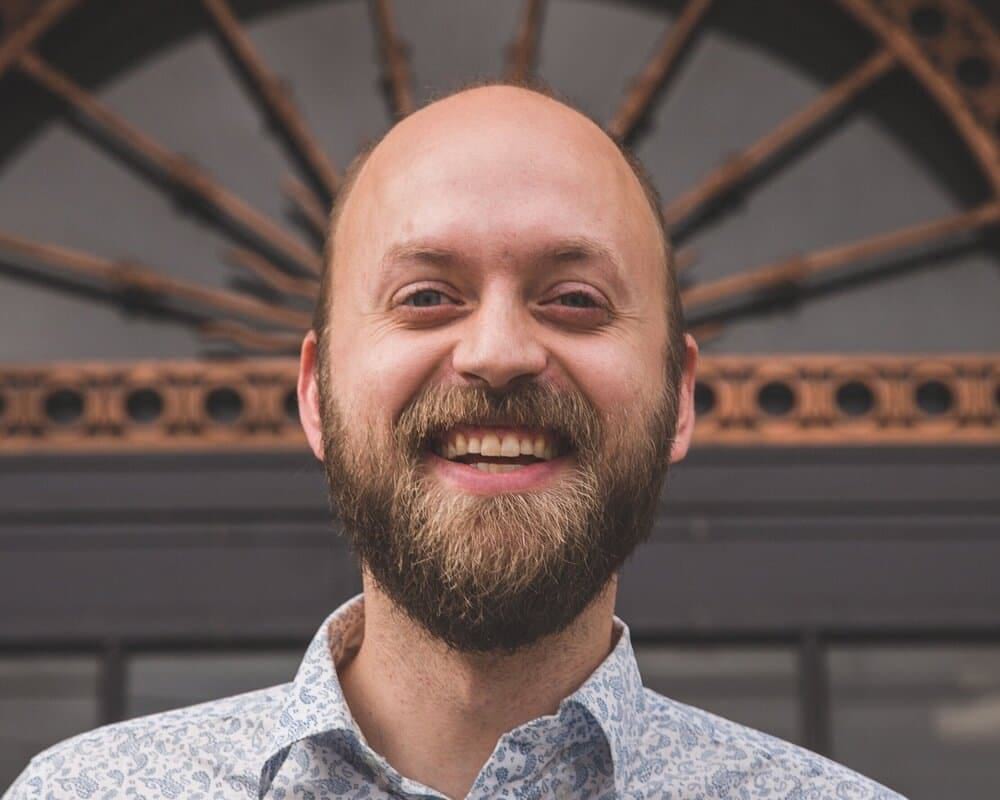 Founded in 2007 by three then teenagers – Jesse Harris, Jocelyn R.C., and Kyle Seago – the National Film Festival for Talented Youth is now the world’s largest and most influential film festival for emerging filmmakers. Our annual attendance at our core program, a four-day festival held in Seattle called NFFTY, ranges from 10,000 - 12,000. Year round, we partner with local schools and nonprofit organizations to produce programs centering youth, both to foster interest to pursue a career in media arts and film, as well as provide practical and actionable career advice to emerging filmmakers. Additionally, NFFTY produces and distributes free programming online to tens of thousands of youth worldwide, including our long-running Film of the Week and NFFTY Podcast programs, which screen a short film for free and then have a deep dive interview with the filmmaker(s) behind the film. We realize that film career pathways are evolving ever more swiftly, and that learning from someone at or near the same step on the career ladder is infinitely more valuable than hearing from seasoned pros who have navigated the system – a system that historically has ensured that white, straight, cisgender men have more access to career advancement and positions of influence. In 2020 we added youth as moderators and hosts to nearly every panel, Q&A, and roundtable we produced across 20+ professional development events and 30+ screenings in a 10-day festival, our largest ever. Our endgame is to no longer allow industry gatekeepers the excuse “they just aren’t qualified or experienced enough” when asked to hire more women and people of color. NFFTY is uniquely positioned to help address Hollywood’s representation problem by encouraging, supporting, and championing young filmmakers.

Dan Hudson is the executive director at NFFTY and supervises the NFFTY Marketing and Programing internship program. Visit their website HERE. 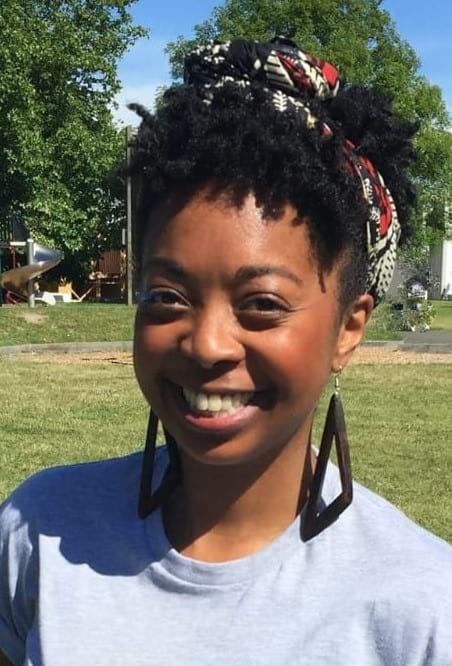 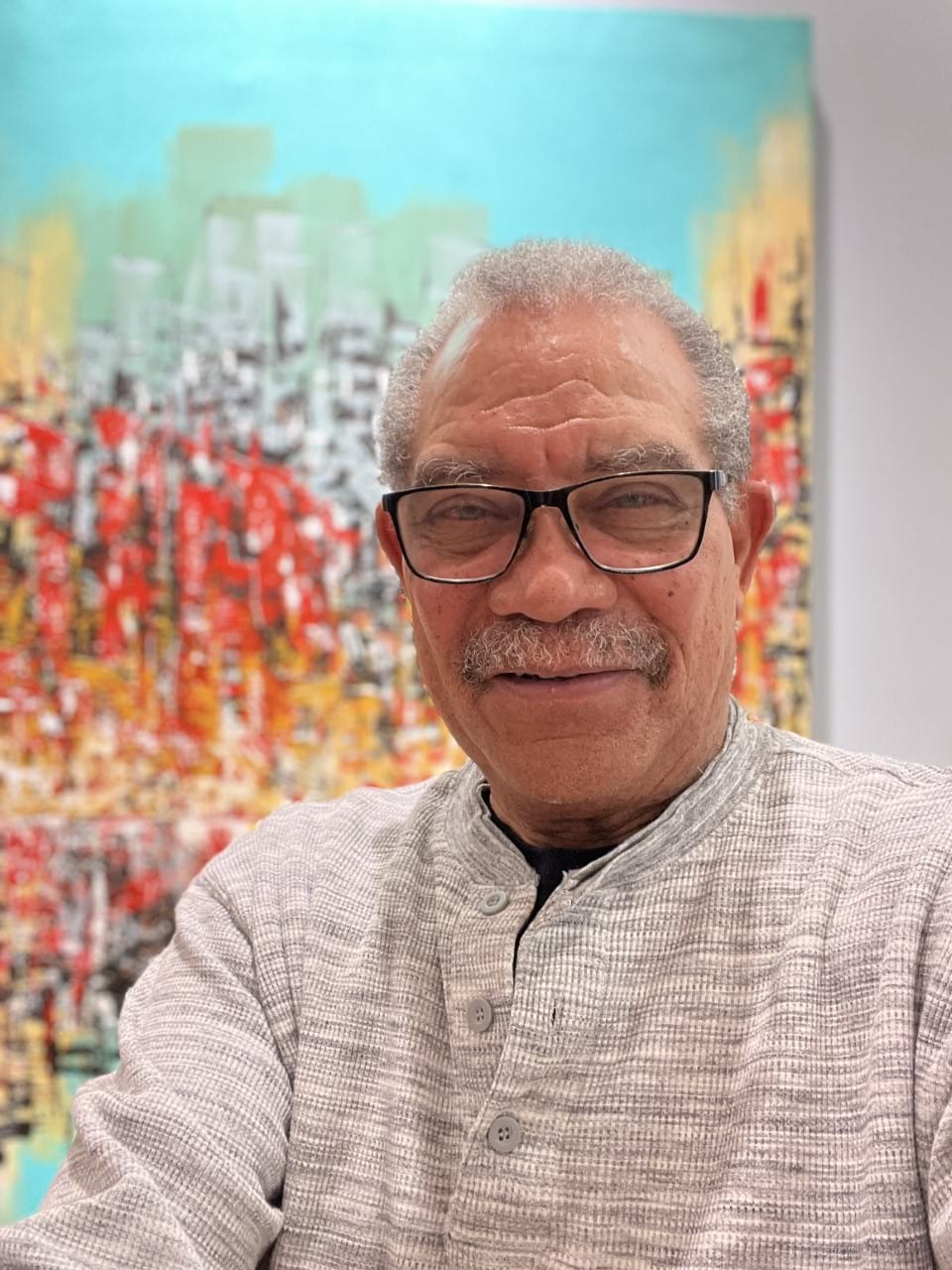 Onyx Fine Arts Collective is a voluntary, non-profit, organization, based in Seattle, whose mission is to educate, inspire, cultivate, and showcase the artwork of artists of African descent from our Pacific Northwest communities. Onyx began with seven artists 17 years ago, and now has over 400 on their mailing list. Onyx is extremely grateful for the support from artists, donors, volunteers, business leaders, and local government. They understand the value Onyx brings to the community and their continued support allows us to advocate for the exhibition, recognition, and promotion of artists of African descent.

Shana Bestock is the Producing Artistic Director at Penguin Productions and supervises the storytelling internship. Visit their website HERE.

Sphere Solar Energy is promoting equity and inclusion throughout Seattle to help communities have access to reliable energy throughout the globe, a portion of all company profits are targeted towards communities that lack access to electricity. Sphere Solar Energy’s mission is to make clean energy systems more accessible throughout the Northwest and in developing communities abroad so that a greater number of individuals can power their homes and their lives in a way that does not harm the environment for future generations.

Edwin Wanji is the CEO and founder of Sphere Solar Energy. He oversees the Sphere’s Marketing internship. Visit their website HERE.